At the behest of my wife, I’m attempting to post some of the pictures I take. I’m currently in Ireland, so my goal is to post fairly regularly for the next week or so. Anyone who subscribes to my blog for programming or mathematics can ignore any posts in the photography category.

First up is Glendalough, in the Wicklow National Park.  At the trail head of the upper lake is a great view of this glacial valley. Apparently these hills formed some 420 million years ago when the North American and European plates collided. Most of the less resilient stone such as schist and mica eroded away, leaving the heartier granite veins seen on the right of the photo.

On a side note, Ireland has had an unusually cloudless summer, which provided a great opportunity to capture the valley.

Here are the ruins of Reefert Church, which has apparently been standing since the 11th Century. On the other side of the church is a cross the also has Celtic knots engraved on the face.

Finally this is the Poulanass Waterfall, which is probably closer to a cascade. From the depth of the chasm, it seems that the water has been flowing through here for quite some time. 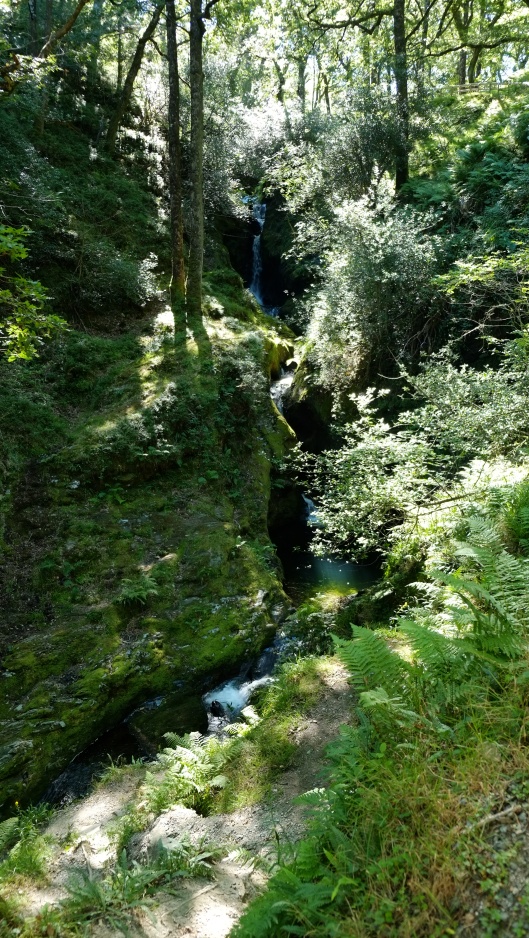 While the falls were a bit underwhelming, the foliage was rather impressive, with numerous types of ferns. Higher up the hill were large stands of wild heather.