We spent a few days up in Northern Ireland, primarily to say hi to a friend of mine. On his recommendation we drove to the northern coast to see the Giant’s Causeway. Funnily enough he later remarked that he doesn’t see what the big deal is as they’re just a bunch of rocks. As a fan of volcanoes and glaciers my whole life, I love seeing stuff like this. Hopefully some of these pictures will change his mind.

This first set is of the overall landscape surrounding Giant’s Causeway. In a separate post I will focus on the basalt formations that seem to crop up in this part of the world. Note that you may want to click into some of the pictures as the blog format shrinks a number of the images well beyond the point of justice.

Our guide, whose real job is being a ranger in the park, told us a week’s worth of stories on the walk down to the shore. Legend has it that the causeway was built by the giant Finn McCool. Apparently Finn was quite the drinker and would often arrive home late. One time in order to not get in trouble with the missus, Finn was loaned a giant camel to make the journey home more quickly. Finn took a liking to the camel and decided to keep him. As Finn was not the most clever giant, he named him Humphrey. With a dash of imagination you can see Humphrey resting just along the shore. He’s the brownish outcropping in front of the main land mass.

Here is a view of the other side of the coast with the main basalt outcropping in the midground. 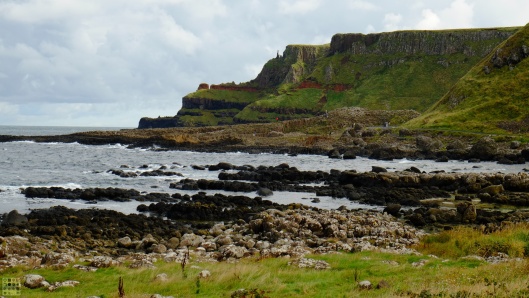 Of giants and lichen

One aspect of this area I found fascinating were the variation in coloring on the rocks. It wasn’t so different from a tree line in the mountains, except here the prevailing factor was the tide and whether lichen could remain permanently on the rocks.

This is a landward view looking up the vein of basalt columns.

These were the first shots of the day when it was still a bit overcast. After a while it was clear that the clouds were going to break, making for great light and shadows. This is a view of the Organ, which is higher up the cliffside.

After the main site, we continued east, towards what was called The Chimney. I particularly like how dramatic the landscape is here.

A not so tropical island

From higher up the cliffside, you could see how clear the water was. One could be forgiven for thinking this was a tropical island.

This is a shot of the jagged rocks, which highlighted the contrast played in part to the cliffs and also to the partly cloudy sky. 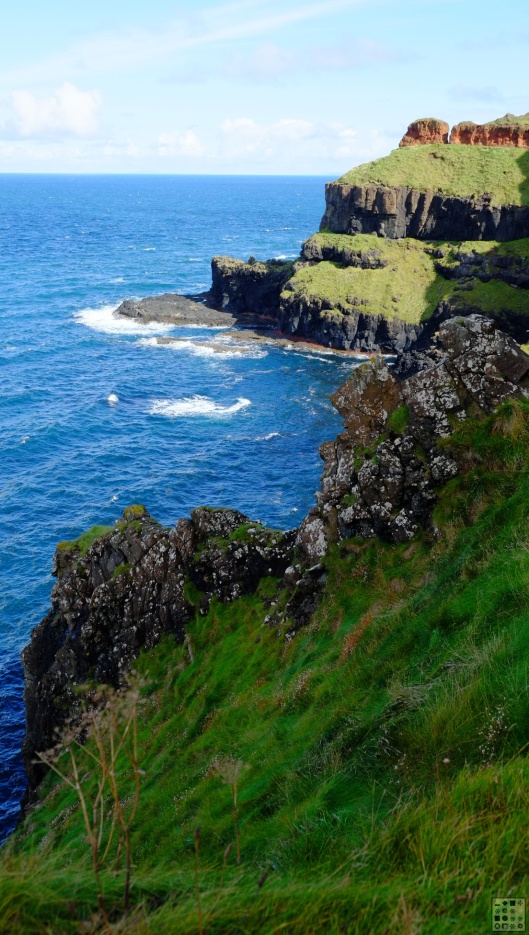 And finally here is a panorama of the coast within the main part of the park. The main basalt formation is to the left and Finn’s boot is about center.

To be continued with more basalt!