As promised here are some pictures of bogs in Ireland. I admit that it’s a little off the beaten path when it comes to tourist attractions. In fact the concierge was a little bemused when I asked him if he was familiar with such and such bog. His response? “Frankly I don’t go out of my way to visit a bog.” Apparently my wife isn’t the only one that thinks I like boring stuff.

There are a lot of things that I like about bogs. First is that they take tens of thousands of years to form. I pretty much like anything that takes a long time to create. This is probably because I myself am a slow thinker, and it takes a while for my ideas to develop. Hence I like natural processes that also take a long time to develop like glaciers, volcanic formations, and bogs. Second is the fact that they aren’t really stable. They are composed of water and layers of dead matter (that might be a third reason I like them) in some fragile equilibrium. Something about taking thousands of years to achieve balance really fascinates me. It makes the Bodhidharma’s meditation seem short in comparison.

The first wetlands area we visited was the Lough Boora Parklands. It’s comprised of a number of different areas including lakes, wetlands, mesolithic artifacts, and a sculpture park. The marshes were teeming with fowl and on the banks grew corkscrew grass. As you can see here, the water was quite still in some parts. 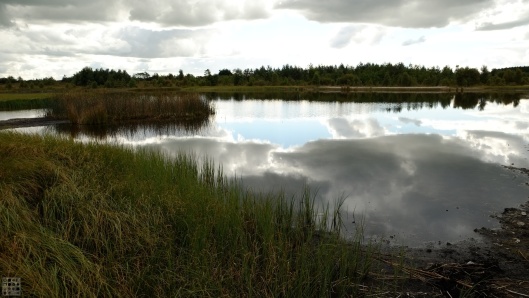 In another area there was a gazebo where you could view the fowl from a distance. Unfortunately the fowl seemed to have made their home in there so it felt more like a coop than a viewing area.

I was actually in search of a massive expanse of heather but the flora was a bit different from what I was expecting.

Oddly on the other side of the road was a congregation of waterfowl that didn’t seem to mind our presence at all. I guess the sunlight was too irresistible. 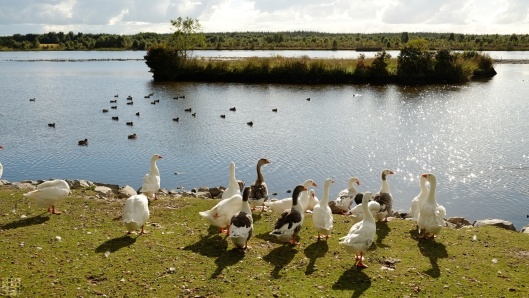 Having failed at finding large expanses of heather, we drove over to Clara Bog in hopes of finding some there. This is apparently one of the best examples of a midland raised bog in Europe. At its deepest point the bog is about 20+ feet in depth.

The neat thing about the bog is the micro-flora (I made that up), including moss, bog asphodel, sundews (carnivorous plants), and lichen. Unfortunately I struck out on spotting any of the 20 or so species of carnivorous plants, but I did find two plants that don’t appear in the plant guide, so any help in identification is appreciated. 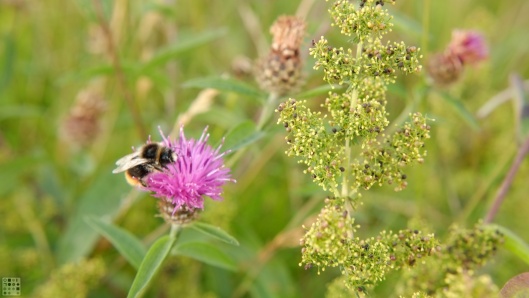 This is the bog asphodel, which was quite plentiful. With the sunlight it gave an orange cast over the whole landscape. 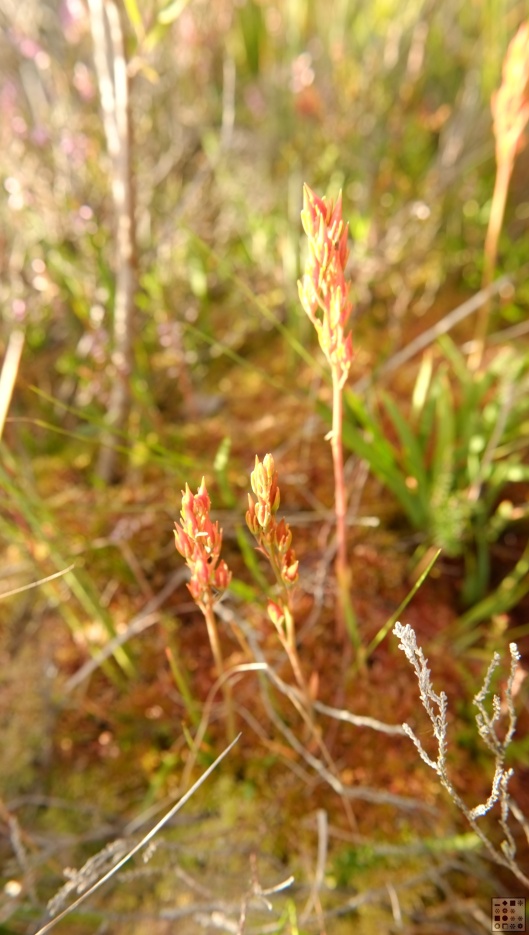 Here is a view of the bog with farmland in the distance. I like how the asphodel creates an impressionistic feel to the picture due to the distinct patches of orange throughout the landscape.